The climate of Beijing is a typical warm temperate semi-humid continental monsoon climate, with high temperature and rainy summer, cold and dry winter and short spring and autumn. In 2007, for example, the annual average temperature was 14.0 ℃ (Beijing Meteorological Bureau). The temperature is-7 ℃ to-4 ℃ in January and 25 ℃ to 26 ℃ in July. The extreme lowest is-27.4 ℃, and the extreme highest is above 42 ℃. The frost-free period for the whole year is 180 to 200 days, which is shorter in the western mountainous area. The average rainfall in 2007 was 483.9 mm, one of the regions with the highest rainfall in North China. The seasonal distribution of precipitation is very uneven. 80% of the annual precipitation is concentrated in June, July and August in summer, with heavy rain in July and August.

The average annual sunshine hours in Beijing is between 2000 and 2800 hours. The maximum value is more than 2800 hours in Yanqing County and Gubeikou, while the minimum value is distributed in Xiayunling, and the sunshine is 2063 hours.

The current temperature is about 0 °C ~ 5 °C, usually wear two pairs of trousers, to keep warm. It is recommended to wear a sweater + coat, and the coat is preferably wind-resistant, such as a woolen coat. Shoes can wear short boots, and some wear long boots. Now they’re all dressed up. There are no rules. Anyway, if you wear less on the inside, you have to wear more on the outside. In general, there is heating in Beijing, so you don’t have to worry about being too cold. It is suggested that the clothes should be thinner on the inside and thicker on the outside, so that the clothes can be easily taken off at that time. It sometimes snows and rains in Beijing, so it is recommended to bring umbrellas, hats, gloves, boots, scarves and so on.

Summary of Temperature in Beijing 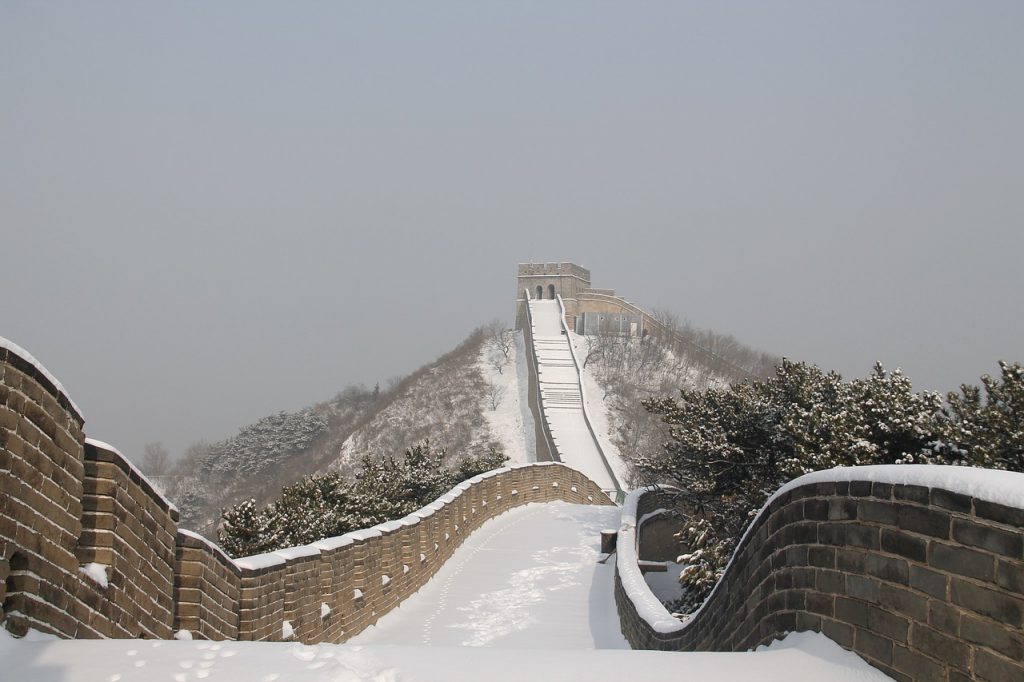 From the division of the global temperature zone, it belongs to the north temperate zone.

From the division of temperature zone in China, it belongs to warm temperate zone.

From the distribution of dry and wet areas in China, it belongs to semi-humid areas.

What Are the Climatic Characteristics of Beijing?

The weather and climate characteristics of Beijing is located on the east coast of Eurasia. Although the ocean is bordered by the sea to the east, the influence of the ocean on the climate of the city is mainly reflected in summer, and other seasons are mainly affected by the atmospheric circulation in the westerly zone. it is a typical warm temperate semi-humid continental climate. The geographical location and topography of Beijing determine the following characteristics of Beijing’s climate:

the regional distribution of precipitation is uneven. The warm and moist air from the southeast is uplifted by the Yanshan and Taihang Mountains, forming a rainy area on the windward slope in front of the mountain and a less rainy area on the leeward slope.

the temperature of the Piedmont plain increased significantly. Due to the blocking of the cold air by the mountains and the effect of sinking and warming, the winter temperature in the Beijing plain is higher than that in the adjacent areas at the same latitude, forming a Piedmont warm area.

the diurnal variation of wind direction is significant.

One Day, the Air Quality Index in Northwest Beijing

A client reporter from the Beijing Daily noted that at 18:00 today, the hourly PM10 concentration at the northwest Beijing station was 731 micrograms per cubic meter, and the air quality index reached the highest value of 500. In addition, Dingling Station, Changping Town Station, Miyun Station and Huairou Town Station all reached six levels of serious pollution, and the primary pollution was PM10.

What is the minimum average temperature in Beijing in January?

How Much Money Should I Bring to Beijing?
Are There Showers in Beijing Airport?
Can I Use My Debit Card in China?
How Safe Is Shanghai?