The capital of Guizhou Province: Guiyang(贵阳).

Guiyang, referred to as “Zhu(筑)” for short, also known as Lincheng(林城) and Zhucheng(筑城), is the capital of Guizhou Province, an important regional innovation center in southwest China approved by the State Council, and an important ecological leisure vacation tourism city in China. By 2018, the city had jurisdiction over six districts, three counties and one county-level city in escrow, with a total area of 8034 square kilometers, a built-up area of 360 square kilometers, a resident population of 4.8819 million, and an urban population of 3.6824 million, with a urbanization rate of 75.43%.

There are more than 30 kinds of ethnic minorities in the territory, including mountains, rivers, canyons, lakes, karst, caves, waterfalls, primeval forests, humanities, ancient city pavilions and other 32 kinds of tourist attractions. It is the first national forest city, the national pilot city of circular economy, and the summer resort capital of China. It is at the top of the list of “Top Ten Summer tourist cities in China”.

Guiyang gets its name because it is in the south of Guishan. Guiyang is famous for being rich in bamboo in ancient times, so it uses the homophonic “building(筑)” of “bamboo(竹)” as the abbreviation of Guiyang.

It is said that because the climate of Guiyang is cloudy and rainy all the year round, there is a folk saying that “there is no three sunny days”. Guiyang gets its name because of “Yanggui(阳贵)”. Another theory is that the place name here comes from Guishan.

On November 15, 1949, Guiyang was liberated and the Guiyang people’s Government was established on November 23.

On July 6, 2006, the State Council agreed that the resident of the people’s Government of Guiyang City should be moved from Shifu Road, Nanming District to East Lincheng Road, Guanshan Lake District.

Guiyang is located in the middle of Guizhou Province, between 106 °07’E and 107 °17 °E, and between 26 °11 ‘and 26 °55’ N. It borders Weng’an, Longli, Huishui and Changshun counties in Qiannan Buyi and Miao Autonomous Prefecture in the southeast, Pingba County in Anshun area and Zhijin County in Bijie Prefecture to the west, Qianxi County and Jinsha County in Bijie Prefecture to the north and Bozhou District in Zunyi City to the north. The total area is 8034 square kilometers, accounting for 4.56% of the total area of the province.

There are still a small number of national protected animals in the mountains in the outer suburbs of Guiyang and three counties and one city. Including: giant salamander, mandarin duck, red-bellied Caragana, pangolin, starling (wrens), forest musk deer, monkeys and a variety of snakes, lizards.

Guiyang is a city inhabited by many ethnic groups, with the Han nationality accounting for the majority, the Buyi nationality taking the second place, and the Miao nationality ranking third. In addition, there are more than 20 ethnic minorities, such as the Hui, Dong, Yi, Zhuang and so on.

The national festivals in Guiyang are rich in content and have their own characteristics. There are the eighth of April of the Miao nationality, the third of March and the sixth of June of the Buyi nationality, and the Gelao people eat the new festival, and so on.

March 3(三月三): also known as the Bombyx mori meeting, is a traditional festival of the Buyi nationality, offering sacrifices to the silkworms, throwing fried corn on the hillside and singing folk songs to pray for a bumper harvest.

April 8(四月八): traditional festivals of Miao, Buyi, Dong, Yao, Zhuang, Yi, Tujia, Gelo and other ethnic minorities in Guizhou, Xiangxi and northern Guangxi. On April 28, 1983, the meeting of the Guiyang Municipal CPC Committee and Municipal Government decided that the week before the Miao festival on April 8 of the lunar calendar would be the “Guiyang National Unity week”.

June 6(六月六): an important traditional festival of the Buyi nationality in Guiyang.

Eat New Festival: during the July and August of the lunar calendar every year, when the rice is ripe, the Gelao people choose an auspicious day to “eat new” and “taste new” and pick newly ripe rice, melons and fruits to offer sacrifices to their ancestors to celebrate the harvest of grain.

Fish killing Festival: the Fish killing Festival is an activity of the Miao nationality in Kaiyang Gaozhai, Buyi Township, with a strong legacy of primitive social hunting. It is held before and after the Qingming Festival every year. The Miao language is called “stopping rice”. It was originally meant to catch fish with stones and sticks.

Guiyang is located in the "Golden Triangle" tourist area of Guizhou, and the tourism resources in this area are rich and colorful. The developed scenic spots involve 32 scenic types. there are mountains, rivers, canyons, lakes, karst, caves, waterfalls, hot springs, primeval forests, humanities, ancient city pavilions and other [......]

Guiyang Longdongbao Airport and Guiyang Railway Station are both close to the city. It costs 10 yuan to take an airport bus and 30 yuan to get to the city by taxi. One-day tour of Guiyang City At the railway station, there are many buses directly to the city, and [......]

Guiyang Climate & When to Go

Guiyang belongs to subtropical humid and mild climate. Among them, there is no severe cold in winter, no extreme heat in summer, plenty of sunshine and abundant Rain Water. The air is not dry and the annual average temperature is about 15.3 degrees Celsius. The pleasant climate is the [......]

More Guiyang Climate & When to Go 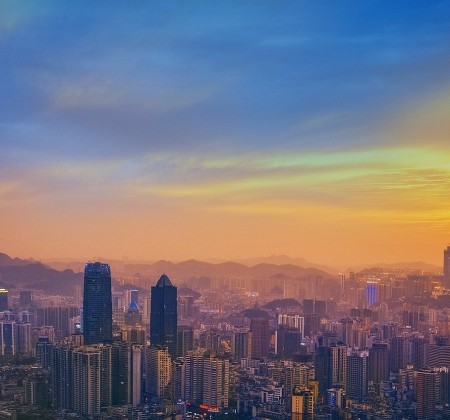 Guiyang is the capital of Guizhou Province, located in the middle of Guizhou, surrounded by mountains, is a veritable mountain city. For most travelers, Guiyang is often just a transit station during the journey. Although few people know her seriously, there are still scenic spots such as Qianling Mountain [......]

Kempinski Hotel Guiyang The high-level view of the hotel is super good, suitable for night view at night, the decoration style is slightly luxurious, the stay is very comfortable, and the breakfast is also very high quality. You can walk to Jiaxiu Building and Wenchang Pavilion from the hotel. Most [......] 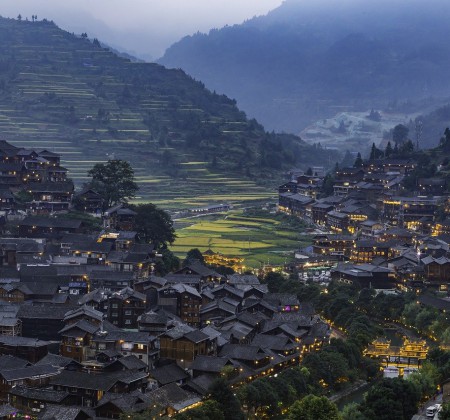