Beijing is rated as a first-tier city in the world by the world authority GaWC. The United Nations report points out that Beijing ranks second in the human development index of Chinese cities. In 2019, Beijing achieved a regional GDP of 3.53713 trillion yuan, an increase of 6.1% over the previous year at comparable prices.

The origin of the name

Beijing is an ancient capital with a history of more than 3,000 years, with different titles in different dynasties, roughly speaking, there are more than 20 nicknames.

Yandu, according to historical records, after King Wu of Zhou destroyed the Shang Dynasty in 1122 BC, he called the public in Yanfeng. Yandu got its name because it was the capital of Yan in ancient times. Among the seven heroes of the warring States, there is the State of Yan, which is said to have got its name because of its proximity to Yanshan, all of which are called “Yan Capital”.

Youzhou, one of the ancient Kyushu. The name of Youzhou was first seen in the Shundian of Shangshu: “Yan is Youzhou.” Youzhou was set up in the Han, Wei, Jin and Tang dynasties, and it was ruled in the area of Beijing.

In Dadu, the Yuan Dynasty took Jin’s departure from the palace and now Beihai Park as the center to rebuild the new city. From Yuan Shizu to Yuan 9 (1272), it was renamed Dadu, commonly known as Yuan Dadu.

Peiping, the first year of Hongwu in the Ming Dynasty (1368), after Zhu Yuanzhang destroyed the Yuan Dynasty, in order to record the achievements of pacifying the north, the capital of the Yuan Dynasty was renamed Peiping.

Jingshi, Ming Chengzu moved its capital to Beijing in the 18th year of Yongle (1420) and changed its name to “Jingshi”, which did not end until the Qing Dynasty.

Beijing is the city with the largest number of World Heritage sites (7) in the world, and it is the first capital city in the world to have a World Geopark. Beijing has opened more than 200 tourist attractions, including the world’s largest imperial palace, the Forbidden City, the Temple of Heaven worship, the Royal Garden Beihai Park, the Summer Palace and Old Summer Palace, as well as places of interest such as Badaling Great Wall, Mutianyu Great Wall and Prince Gong’s Mansion, the largest quadrangle in the world. There are 7309 cultural relics and monuments in Beijing, including 99 national key cultural relics protection units (including the Beijing section of the Great Wall and the Beijing-Hangzhou Grand Canal), 326 municipal cultural relics protection units, 5 national geological parks and 15 national forest parks.

In 2019, the total number of tourists received was 322 million, an increase of 3.6 percent over the previous year, and the total tourism revenue reached 622.46 billion yuan, an increase of 5.1 percent. Of these, 318 million were received by domestic tourists, up 3.7 percent, and the total revenue of domestic tourism was 586.62 billion yuan, up 5.6 percent. Received 3.769 million inbound tourists, down 5.9%. Of the inbound tourists, 3.207 million were foreign tourists, down 5.6 percent, and 562000 were tourists from Hong Kong, Macao and Taiwan, down 7.3 percent. International tourism revenue totaled US $5.19 billion, down 5.9%. In the whole year, the number of outbound tours organized by travel agencies was 4.845 million, a decrease of 5.2%.

Beijing is the only inland city selected as the top 15 shopping capital in the world, with more than 100 large and medium-sized shopping malls. Wangfujing Street, Qianmen Dashilan and Xidan Commercial Street are the traditional business districts in Beijing; International Trade Mall, Oriental Xintiandi and Zhongguancun Square. The antique city of Liulichang or Panjiayuan has all kinds of antiques. Xiushui Street and Yaxiu clothing Wholesale Market sell all kinds of clothing. Cloisonne, jade and silk embroidery have a long history; folk handicrafts, such as clay figurines, Peking Opera masks, kites and paper-cuts, can be used as gifts for relatives and friends.

Beijing has been the capital of the six dynasties in history. In the more than 2000 years since the State of Yan, many palace buildings have been built, making Beijing the city with the largest number of imperial palaces, gardens, temple altars and mausoleums in China.

The Imperial Palace in Beijing was called the Great Inner Palace in the Ming Dynasty and the Forbidden City in the Qing Dynasty. It was originally the imperial palace of the Ming and Qing dynasties. 24 emperors lived here. The architecture is magnificent and embodies the traditional Chinese classical style and oriental style. It is the largest existing palace in China and even in the world. It is the precious cultural heritage of the Chinese nation. The Temple of Heaven is famous at home and abroad for its reasonable layout and exquisite construction. it is the place where the emperors of the Ming and Qing dynasties “offered sacrifices to heaven”.

The siheyuan is a general name of the northern traditional residence which forms a plane layout around the middle courtyard with the main house, the inverted room and the east-west wing room. The courtyard house in Beijing, which originated from the courtyard-style residence in the Yuan Dynasty, is the most important residential building in the old Beijing city.

The central axis of Beijing refers to the central axis of Beijing in Yuan, Ming and Qing dynasties. Beijing’s urban planning has the characteristics of left and right symmetry with Miyagi as the center. Beijing’s axis extends from Yongding Gate in the south to the Bell and Drum Tower in the north, with a length of about 7.8 kilometers. From south to north, they are Yongding Gate, Qianmen Arrow Tower, Zhengyang Gate, Zhonghua Gate, Tiananmen, Duanmen, Wu Men, Forbidden City, Shenwu Gate, Jingshan, Di’anmen, back Gate Bridge, Drum Tower and Bell Tower. From the Yongding Gate at the southern end of the central axis, there are Temple of Heaven, Xiannong altar, Taimiao, Sheji altar, Donghua Gate, Xihua Gate, Anding Gate, Desheng Gate with the central axis as the axisymmetric distribution. Mr. Liang Sicheng, a famous Chinese architect, once said: “the unique magnificent order of Beijing comes from the establishment of this central axis.” Yongding Gate, Zhonghua Gate and Di’anmen were all demolished after the founding of the people’s Republic of China, and then the Yongding Gate tower was rebuilt.

Beijing Opera is the quintessence of Chinese culture. The origin of Beijing Opera can be traced back to several ancient local operas. In 1790, four major local troupes from Anhui-Sanqing Class, Sixi Class, Spring Class, and Spring Class-successively performed in Beijing. The Huizhou class often performs with Han artists from Hubei, so a new opera with Huizhou tune “Erhuang” and Han tune “Xipi” is born, which includes the essence of Kunqu Opera, Qin Opera, Bangzi and other local operas. This is Beijing Opera.

Beijing is a charming city, with both classical charm and fashion flavor. Small hutongs, old teahouses, trendy bar streets, bustling business district, infinite modern elements and the authentic taste of Beijing blend with each other, building a broad and profound cultural heritage and an orthodox and elegant way of [......]

Beijing Climate & When to Go

Beijing has a warm temperate semi-humid and semi-arid monsoon climate. The annual average temperature is 11-13 ℃ in the plain, 9-11 ℃ in the mountainous area below 800 meters above sea level, and 3-5 ℃ in the alpine mountain area. The annual extreme maximum temperature is generally between 35 [......]

More Beijing Climate & When to Go

Beijing has a convenient transportation network, which can reach all the major scenic spots, including the suburbs, but traffic jams during rush hours are also a worry for travelers. When visiting the city, try to choose the subway when visiting the city in the morning and evening. To ensure [......]

The accommodation industry in Beijing is very developed, and there are numerous high-end hotels. There are nearly 40 five-star hotels in the city, most of which are concentrated in the most prosperous central urban area of Beijing. Other affordable hotels, inns and siheyuan hotels with "Beijing flavor" are all [......] 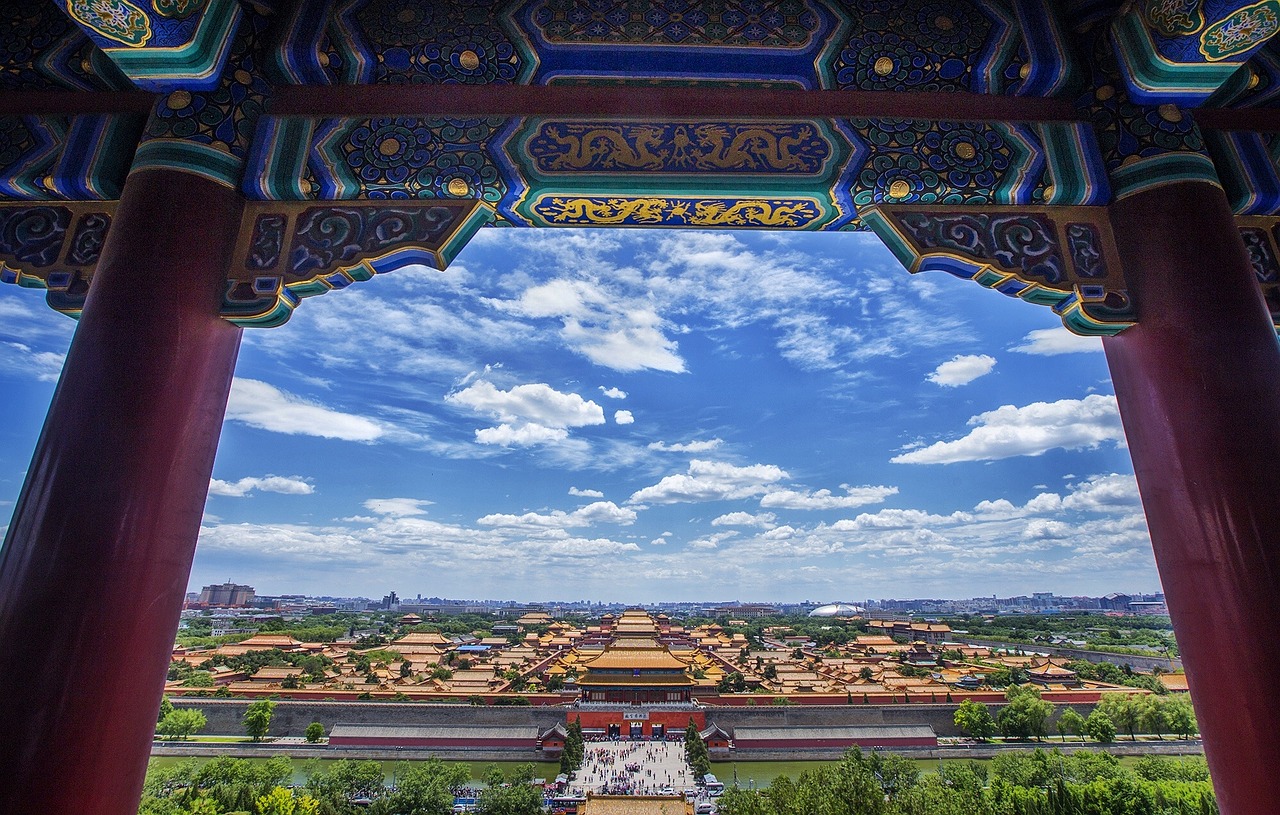 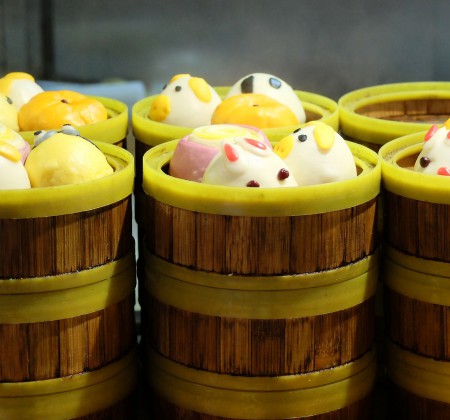 Is Food Expensive in Beijing?

Choose according to your own situation. If you just buy some steamed stuffed bun snacks to solve the problem, you can do it with a few yuan. Snacks are the cheapest and easiest. Steamed buns are also cheap. Restaurant lunch box is usually 8 yuan (vegetarian), 14 yuan (meat), [......]

How Many Days in Beijing Is Enough?

If you want to have a good time, it will take about 15 days. Although Beijing is very big, there are many classic scenic spots to play with. But when you get to the scenic spots, there are very few games that you can really be interested in, such [......]