Covers an area of 3.5square kilometers, construction area of 200000 square meters, more than 150 scenery, known as the “garden of ten thousand gardens”. Every summer, the emperor of the Qing Dynasty came here to spend the summer, listen to the government, and deal with military and political affairs, so it is also called “Summer Palace”.

Old Summer Palace was founded in 1707 (the 46th year of Kangxi). It was originally a gift garden given by Emperor Kangxi to his fourth son, Yin Ji, and the plaque “Yuanming Garden” was titled by Emperor Kangxi. After Yongzheng ascended the throne in 1722, the original Yuanci Garden was expanded, and the Zhengda Guangming Hall and Qinzheng Hall were built in the south of the park, as well as many duty rooms of the Cabinet, six departments, and the military aircraft Department, in order to “avoid listening to politics” here in summer. During the reign of Emperor Qianlong, in addition to the partial construction and reconstruction of Old Summer Palace, he also built a new Changchun Garden in the east and merged into the Wanchun Garden in the southeast. The pattern of the three gardens in Yuanming has basically taken shape. In the Jiaqing Dynasty, the Yichun Garden (Wanchun Garden) was mainly renovated and built, making it one of the main places to live in the garden. At the time of Emperor Daoguang, the state affairs were declining and the financial resources were insufficient, but he would rather withdraw the furnishings of the “three mountains” of Wanshou, Xiangshan and Yuquan, go away from the hot river and hunt Mulan, and still did not give up the reconstruction and decoration of the Yuanming Garden. On October 6, 1860, the Anglo-French coalition forces ransacked Old Summer Palace, looted cultural relics, burned them, and wanted to restore them when Tongzhi was emperor. later, due to financial difficulties, they were forced to stop and rebuild other buildings. After the allied forces of the eight powers, they were attacked by bandits and eventually turned into ruins.

Regulations on concession and reduction of tickets for the first door

The Garden of Ten Thousand Gardens in the Past

After the establishment of the Qing Dynasty, after the painstaking efforts of Shunzhi and Kangxi and the prosperity of national strength, the Manchu rulers began to miss the coolness outside the pass and build gardens on the outskirts of Beijing. In 1724, Emperor Yongzheng, in the second year of his reign, allowed the interior government to buy wood and stone, and instructed him to discuss the crime if there was a slight delay in the construction of the garden. It is urgent to expand the gardens given to him by Emperor Kangxi before he ascended the throne, build solemn palaces, build Qushui Island, add pavilions and pavilions, connect rivers and lakes, and embellish Quqiao rockery.

Subsequently, during the Qianlong period, Changchun Garden and Yichun Garden were expanded successively, with more than 100 buildings and 30 landscapes, magnificent, elegant and beautiful, as well as the introduction of baroque western buildings, using Chinese techniques and increasing fountains. It is called China’s Versailles Palace. Many emperors enjoyed the summer scenery and managed the government here, and the concubines of the harem avoided the high-walled court and lived in the garden.

Be Plagued by Calamity

150 years later, the Anglo-French coalition forces entered Beijing, Old Summer Palace was destroyed, and then suffered many havoc, palaces were burned, wonders and jewels were ransacked, trees were cut down and charcoal was cut down, and even stone was used for other purposes.

Today’s Old Summer Palace, the landscape pattern of the mountain shape of the river system and the garden of ten thousand gardens still exists. although there is no splendor at that time, there are starry lakes and winding bank paths, weeping willows hang upside down on the surface of the water, and fish swim in the water. let Old Summer Palace show her beauty again. Especially now the star black swan in the park has added more vitality to Old Summer Palace.

In Old Summer Palace area, there are fewer tourists, mainly with hillside landscape and river view. Fuhai in the east is the largest lake in Old Summer Palace. The square pot to the north of Fuhai is the most spectacular building complex in the park, and the yellow glazed tiles are particularly conspicuous.

The southern part of Changchun Garden is dominated by large-scale water features, with several lakes surrounding the central island, connected by a shore path. The lotus blossoms in the lake in summer, and the scenery is the most beautiful. The famous Xiyang Building site is located in the north of Changchun Garden, especially the Dashuifa site, which is the most impressive picture of visiting Old Summer Palace. In recent years, the popular star Black Swan is also located in Changchun Garden.

Old Summer Palace in early spring, diligent primrose has long been in full bloom, magnolia and peach blossom just compete to pull out the new stamens, the flower valley bud is just emerging. Enchanting willows have been fluttering with the wind, from time to time to point the surface of the water, ripples, the withered lotus root in the water has not yet been defeated, has become a playful toy for the little fish. Spring everywhere, as the saying goes: Yunxia is her dress, the flowers are her face, and the spring breeze blows the railing dewdrops to moisten the flowers.

The Spring of Old Summer Palace

Old Summer Palace in early spring, diligent primrose has long been in full bloom, magnolia and peach blossom just compete to pull out the new stamens, the flower valley bud is just emerging. Enchanting willows have been fluttering with the wind, from time to time to point the surface of the water, ripples, the withered lotus root in the water has not yet been defeated, has become a playful toy for the little fish. Spring everywhere, as the saying goes: Yunxia is her dress, the flowers are her face, and the spring breeze blows the railing dewdrops to moisten the flowers.

What Do You Play around Old Summer Palace?

Old Summer Palace is located in the northwest of Beijing under the jurisdiction of Haidian District, is a famous university district, garden area, surrounded by the Summer Palace, Xiangshan Park, Badazu Park, east near Tsinghua University, Peking University and so on. 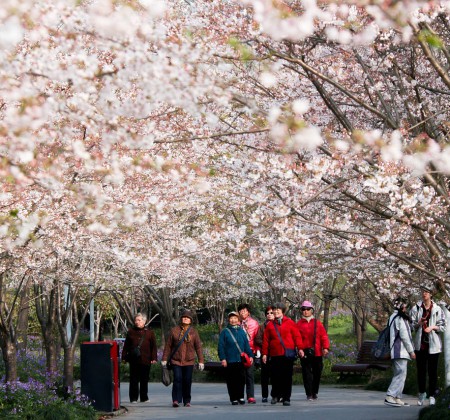 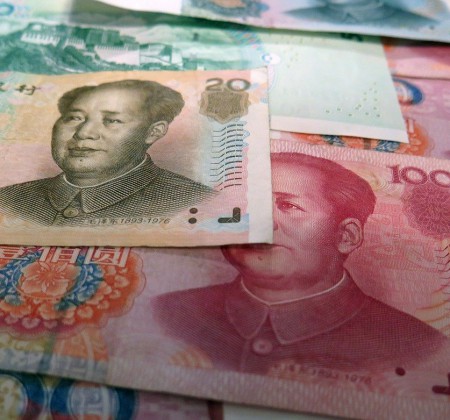 What Is the Currency in Beijing?