In China, there is no need to tip, and tipping is a rare situation. Generally speaking, the scene of tipping only exists when foreign friends are traveling in China. Out of habit, they will tip the service staff. Chinese people usually don’t tip. Let’s popularize this Chinese common sense.

You can give it if you like, but some stores may not dare to accept it. You think the service is good, and it is a good reward to be a repeat customer often. In some service places, there is even a notice on the wall that please do not tip, but some Western-style hotel also have this habit of tipping. You’d better ask the lobby receptionist at the Western-style hotel.

I often deal with foreigners who come to China, and almost all foreigners think that there is no “tip” in China is an enviable advantage, while tipping has become an “involuntary” practice in many foreign countries, and even the purpose of forced service. Can tipping really improve the overall service level? I don’t think so. If the tips are in line with each other, we need to reduce the original service prices, solve the problems of credit card consumption and reimbursement vouchers, and change the travel and hospitality reimbursement system accordingly.

In China, we seldom encounter times when we need to tip

Some high-end restaurants or hotels will directly add 10% of the service charge to the bill, but in most cases, we don’t pay special attention to the quality of service during meals, so there are not many ways to correctly understand tipping, so we basically don’t tip.

Why is there no habit of tipping in China?

Our country always says that it wants to be in line with international standards, but foreigners have to tip when they eat, drink and play outside, while the Chinese not only do not tip, but also look like an uncle. Do you think our country should enact a law on tipping so as to stimulate economic growth?
Tipping is a reward for personal service, opening up the personal service gap. China does not emphasize the individual, the demand is uniform. The sports meeting should take the same pace, education trains unified products, factories employ the same migrant workers, and hotels provide unified services. This kind of behavior which runs counter to collective consciousness is not encouraged.

China regards gratitude as a human favor, which is not necessarily reported now, but can also be repaid with affection; both the giver and the recipient of the tip feel awkward, and the giver thinks that the tip is not enough to express gratitude, and the recipient feels insulted (beggar is despised in China); Chinese interpersonal help is based on emotion, and emotion is difficult to be quantified by money.

As a Chinese, what do you think of being tipped?

Therefore, since the service level is an overall evaluation, only the person in charge of the restaurant, that is, the boss, can be held overall responsible, which includes recruiting high-level service personnel, thus using a high standard of service to get higher bargaining power, charging high fees, and offering corresponding salaries to the service staff. Tips are pointless.

Another fatal problem with tipping culture is that it deprives customers of the right to choose. Do we expect high-end ingredients such as foie gras to appear on the menu when we go to the big stall to eat? Would you look forward to a high-end seat with a velvet surface? No, it won’t. Then we also do not expect any quality and meticulous service standards, when the service staff provide a higher level of service, as a customer, I just want to say, I’m sorry, this is not what I want.

Why is there no trend of tipping in China today?

This is also a reflection of cultural differences and wage structure differences. Tipping is an indirect evaluation of the quality of service, for waiters, the salary is low, the tip is like their commission, so many waiters will serve very hard, want to win the favor of the guests, and finally receive a high tip. Americans know this kind of salary structure, and tipping is a necessary “courtesy” for everyone.

On the other hand, the Chinese are well aware that the salary structure of domestic waiters includes all kinds of service fees for customers, and it is generally believed that there is no need to tip repeatedly. Coupled with the average service quality of domestic waiters, Chinese people are even more reluctant to tip.
In fact, there are also “cases” of tipping in China. For example, in “Didi Daxi” and “Kuaidi Daxi” software, there are options such as whether to tip drivers, which is naturally of great help to mobilize drivers’ enthusiasm and improve the quality of service.

Ever since I was a child, I took it for granted. I went into the store to consume your products and services.
In the amount of consumption, I think it includes the cost of your service.

No matter how good your service is, I still think it should be. It is the obligation and responsibility of a service industry.

If your service is not good, I have something to say and complain about you.

But the composition is different based on the salary structure of each industry. It should also be treated differently.

For example, in the category of customer service, our satisfaction will be a floating part of his salary, but you don’t feel much.

There is no mass basis for promoting tipping in China

The social basis for promoting tipping does not exist in China. She believes that in real life, we hardly have such a spending habit of tipping each other.

Because the money spent by consumers already includes all the expenses, instead of having to add another fee, because there are no two skins of goods and services. ” Unless you go to a larger clubhouse or a high-end mall and ask for a 15% service charge, she says. But even so, the other party will state clearly what percentage of the service charge there is.

In addition, in her view, it is very important that not all services are worth tipping. ‘tipping must go with good service, and tipping must be voluntary, ‘she said.

Why is it that Westerners are used to tipping while China does the opposite?

Mainly due to the cultural differences of the country itself, the economic development of the West is too fast, resulting in the overall economic strength far above the average level, so the consumption consciousness of Westerners is also relatively advanced. For them, tips are mostly a symbol of friendship, which can make the current atmosphere more harmonious and make it easier for them to do what they like. This is also in line with the more frank and casual character and values of Westerners.

Chinese people will be different, we will think that frugality is a traditional virtue, unnecessary expenses can be saved. Coupled with the fact that we have to spend money on the cutting edge, girls have to buy a house when they get married. We have to save money to buy a house.

Do foreigners tip when they come to China?

In our country, there is generally no such phenomenon as tipping, which is a reflection of the cultural differences between the East and the West. So, when foreigners come to China, will they still tip?
As the saying goes, do as the Romans do, if we go to Western countries, we should also respect their customs and should not be stingy when tipping. By the same token, foreigners who come to China will not tip if they learn about the culture of Eastern countries in advance. I would like to ask who is willing to spend money in vain. Of course, there are cases where some foreigners still keep the habit of tipping when they come to China.
In fact, how to say, now our country also has the habit of giving more money, just to express gratitude, for example, give more money, do not allow change. 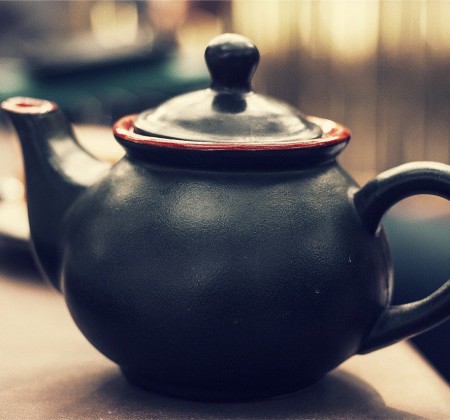 Is Beijing Safe for Tourists?
What Should I Buy in Beijing?
What Was the Ghost Market like in Ancient Times?
What Chinese Province Is Shanghai In?

You Might Like
How Much Is $100 Us in China?
Is Hong Kong or Shanghai Better?
Is Shanghai Close to Beijing?
Does It Rain in Beijing?
How Much Money Should I Bring to Beijing?
Is China Divided Into Provinces States and Regions?
Is Beijing colder than New York?
Beijing