In21st, June , the first station, the Qingliang Temple where the emperor Shunzhi became a monk . Did not enter the temple gate, Itook a photo at first.

Arrived in TaiHuai Town, to meet brotherTintin , brother Kay, brother Xiaoqian.lay down our luggage, we went to the Pu Shou temple.

The old monk Mengcan was over 90 years old, still in good spirits, talked about the Dharma with us more than half an hour.

Brother Kay said, to hear the Fa, the tour of the WuTai had been completenessin any case.

Left the Pushou temple,we took a car to the top of the buddha.

The top of Bodhisattva is very impressive with red wall and golden roof.

There is only the royal temple to be in yellow glazed tile.

The first appearance was the brother Flowers.Looked down from the top of bodhisattva, we could see a blue coloured glaze on the top of the hall. I thought it more beautiful than yellow glazed tile.

When the Lama saw me take photos,he was warm to greet with me.

The two monks walked by one behind one the other.When the tourists saw them,all took the camera,a bamboo hat, a root and cane, a burden,maybe this scene just could be seen in the martial arts movies.

From the top of the bodhisattva ,walked down to the Xiantong temple.

The Xiantong temple was built in the Eastern Han Dynasty,it was the “ancestral temple” in WU Taishan temples.

The red wall of the Luohou temple was very beautiful.

It was said that Luohou temple was known as Luo Hou.He became a monk when he was fifteen years old,Sariputta granted him a novice ordination, he was the first monk, Buddha said Rahula “secret first row”.

A bloom Jianfo, check information, the wood lotus can be close to authority, but didn’t see the process of opening and closing at that time.

That is brother Zhuzhu over there.It seemed that brother Jianli was everywhere,but we only found one photo of him.

We walked around the big white turret for three times.There was hung 252 golden bells on the Big Tower of the Tayuan temple.

In 22th,June,we chartered a car to Nantai Puji Temple,it was the farthest one from the other four.There was the Puji temple on the top of the mountain.From the never renovated brick wall,we could see the ancient of the Puji Temple.The people worship the wisdom ofManjusri in Nantaipuji Temple.

The first section was walking on the stone road,with flying sand.Did not go far,everyone was asking for having a rest.

We found a woods far away from the dust road and began to have lunch.After lunch,we walked along the tree-lined path,but just 200 meters, could not go on walking ,because there was full of thorns around,we had to go back.

We had to back to the highway.

We also walked along the highway after leaving the Shiziwo,but there was less cars on the road,with no dust, the road was still very beautiful.

On both sides of the road is isolated forest protection area,in fact we wanted to walk in the woods,but the monk told us there were some vipers,so we must walk on the road.

Carefully taste the zen.Passed the Jixiang Temple,was a continuous uphill road.It was so tired to walk for twenty minutes at the last section of steep slope .Climb up the Xitai, our day trip was over.

When we arrived, the first team of brotherKay , brother Yiming, brother XiaoQian had registered Guadan. Bonze said originally the temple can only receive 70 people,but receive 140 people at that day,so there was no place to accept others.

Originally said the mountain was very cold, maybe we need to wear clothes to sleep with a sleeping bag.But as a result it was so hot that we had to open the zipper and hung out our foot to be comfortable in the whole night.

Early in the morning, we did exercise in the roof terraceand chatted with others ,we found everyone did not sleep well,originally all people in pretending to be asleep, did not dare to turn over on the bed, afraid of influencing others.

Later women came to the roof terrace, they said they got up earlier,because there were some people very noisy,chatting in the whole night,so at last sister Xiaoqian shouted:“get up! ”It was just about 4:00am at that time,what a pity!

After People were here, we began to hang a prayer.

After breakfast, we set off to Zhongtai, we just spent 5minutes to finish the downhill.

We can see the Zhongtai from here , this section of the road was easy to walk.

Just out of Zhongtai, Nizilu was so tired and could not go on visiting.Did not sleep well the night before,and did not do exercise in the whole year, resulting in her physical overdraft was very badly.

All the way,I did not speak with Nizilu.On the roadside,there were three cows in a team and staring at me,I shouted “Mie”,as a result, they scared and turned to run,one of them was almost slipped.

It seemed to be fallingtorrential rains in Zhongtai,black clouds coping, originally could look far to the top, was surrounded by a cloud at the moment.

I know she really can’t walk. But the rain is coming, and have to go.

My heart was break.Fortunately, we still insist on to the north, almost collapsed.

Arrived in the Beitai, the brothers had been waiting for us for a long time, I can only apologize with full apology, and to put forward the idea of going to Dongtai by car with Nizilu . In fact I was very reluctant to give up, just like that.

We had just finished hanging the prayer,the black clouds was coming.

The people worship the the Wugou of Manjusri in Beitai.

In the beginning,it fell very small hail,then gradually become larger,all of a suddensmashed down hail of 23 cm diameter and we had to hide in the Buddha Hall.

Facing of the abnormal weather, thought of the walking and riding people in the mountain sat the moment,all people had their prayers in front of the Buddha, and finally stood in front of the temple, with the mantra of manjusri and pray to Buddha bless all people peace in the hail at the moment.

About an hour away, hail finally stopped, the top of the temple was in the white world .

By the way, here was the highest elevation in North China, 3058M.

The temperature drops too low, we all put on all clothes, including a poncho.

After an hour of rest,Nizilu decided to follow the big team to continue to walk to Dongtai.

Brother Kay said the next road was essentially flat.

The fog is more and more big, at this rate, even rushed to Dongtai, at 4:30pm also had no car to return to Taihuai town, we discussed to changed to take car to Dongtai.

All the way, we looked at winding switchbacks of up and down, thought brother Kay said the road would be essentially flat.Brother Xiaoqian said, if wedid not call these two cars, maybe we would died on this mountain.

We arrived in Dongtai Wanghai temple.

The people worship the smart of Manjusri in Dongtaiwanghai temple.

We put the last several prayer on the pillars.

When leaving, visibility was only about ten meters.

In June 24th, we planned to go to Wenshu Dong whichwas located in the Taihuai town.

According to legend manjusri bodhisattva was being in the hole.

It was golden in front of the Guanyin cave.

Passed this temple there was the Guanyin Dong,the hole can only accommodate one person,it is said that Avalokiteshvara had been in the spiritual retreat.

Later there was Da Lai Tanogato VI in the cave practice.

The Buddha Temple is located in Foguang county far away from thirty kilometers of Wutai county. The hall was built in the eleven years of Tang Dynasty.It was the second ancient building in the national existing wood structure buildings.

Tang architecture was very atmospheric, imposing manner was better than the Ming and Qing dynasties buildings , it could only experience on scene.

The temple sculptures, murals were left in the tang dynasty, extremely precious.

The last stop was Zunsheng temple.

In tang dynasty, the Indian monk Buddha Polly in the visiting to manjusri bodhisattva, then built the temple. Zunsheng temple wasvery big, calledJusha. But somehow, the brothers feltit was not highlyinconsistent with here.

The last appear people was brother Yiming,many friends thought that was me ,haha.

Brother Zhuzhu said ,only the birds in clothes are eligible on the back cover.

I did not deserve it. 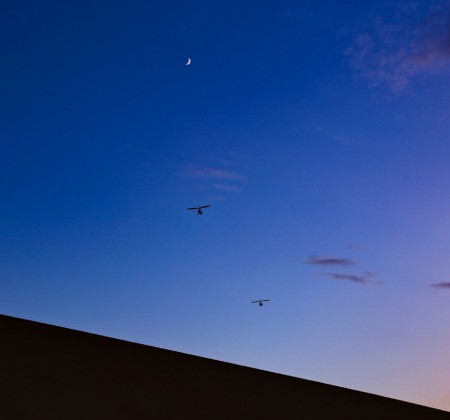 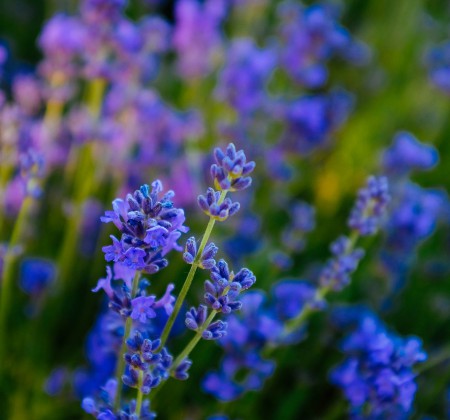 There is bright sunshine and the vast sky,the grassland stretched beyond what the human eye could see.Seems to be relax at last. There is calm lake,colorful flower,vast prairie.It is too quiet to sensed more of the power of life. There is delicious skewer,big set chicken,pepper chicken,naan pit meat, the hand pilaf,nana [......]

You Might Like
Dunhuang: travel Notes of Mingsha Mountain and Crescent Spring
Travels of Yili, beautiful Xinjiang